Congrats to our Aug-Sept Gatorade
Athletes of the Month! 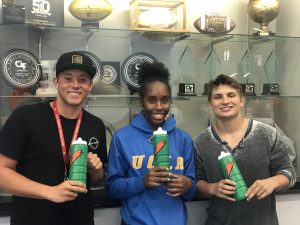 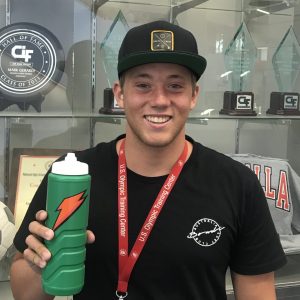 Andrew Higginson is a 4-Year Lettermen that is closing in on the Career Goals scored record. He has 40 goals in 9 games this season, giving him a total of 374 goals for his career. He has helped lead his team to an 8-1 record so far this season, including a second place finish at the Jaguar Classic in Orange County. 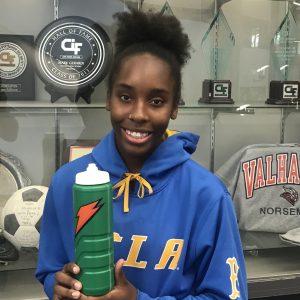 Angie Orange is the Middle Blocker for the Girls Volleyball team. She is leading the team in Kills (63), Hitting Efficiency (.553%), Hitting Percentage (.412%), and Blocks (18). Her team is a contender in the Division II CIF and will compete in the very tough Grossmont Hills league. 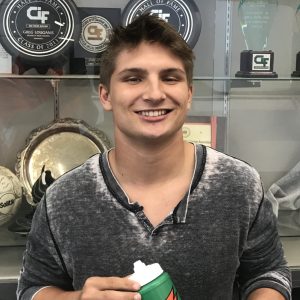 Kegan Baker is Running Back for the Norsemen Football team. He is the leading offensive threat for team with 75 carries for 335 yds (4.5 avg.). He had an 85 yd kick-off return vs. West Hills and is also a defensive starter at Strong Safety. 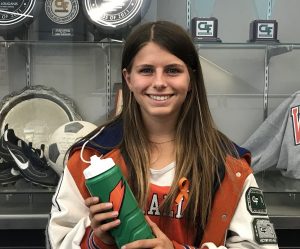