Congrats to our Sept-Oct Gatorade
Athletes of the Month! 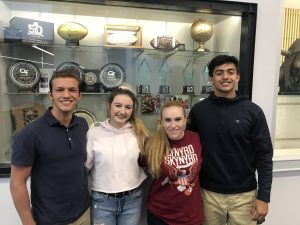 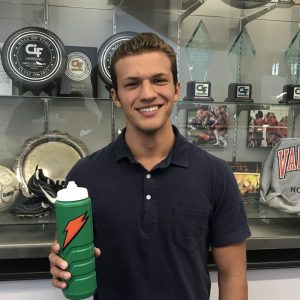 Matt Ramey is 3rd on the Boys Water Polo team in scoring with 23 goals, and 15 assists.  Matt has 31 steals, but his most important statistic is that he has gotten the opposing player guarding him ejected 37 times, allowing the Norsemen to play man up against their opponents.  This puts him in the top 10 all time for water polo players.  Matt is a team captain and the glue that keeps the team together. 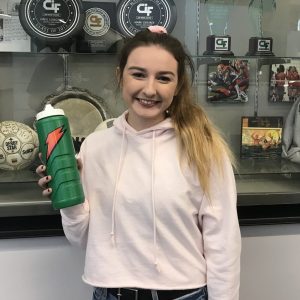 Ellie Valdez led Valhalla Volleyball in both Digs and Aces for the month. She also led the team to a 3rd place finish in the SoCal Invitational Division 2, out of 32 teams. She was also selected to the all tournament team for the tournament, only 6 players were selected from all the teams that played. 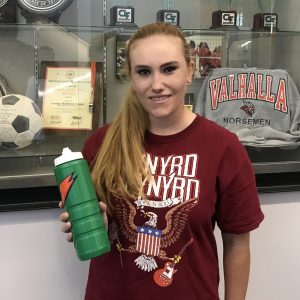 Ashlee Ksiazek, a returning First Team all league golfer, has been the Medalist in 5 matches this season. She finished the regular season with a second place finish at League Finals. She shot a score of 43 at Carlton Oaks. 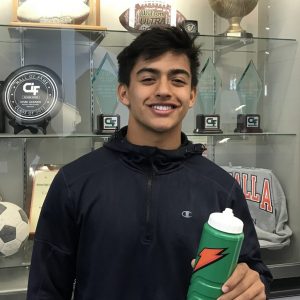 Ethan Ferkich has led the team in tackles in each of the last three weeks vs Otay Ranch, Grossmont and Helix. He has a total of 19 tackles, 2 sacks and 1 fumble recovery in the last month. Ethan is a force at the linebacker position for the Norsemen.