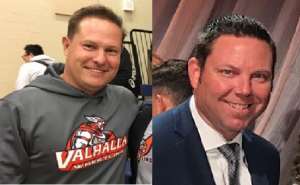 The new Assistant Principal over Athletics will be Mr. Josh Reiderer. He comes to us from West Hills where he has served as an Athletic Trainer, PE Coach and for the last 6 years as the Assistant Principal for the Wolf Pack. He has years of experience as the administrator overseeing athletics. He is a welcomed addition to the Orange Nation.

The new Athletic Director will be Mr. Steve Bulette. He has been a wrestling coach in the Grossmont District for over 25 years at Monte Vista and Valhalla. He is currently a Math teacher on staff and will now also move into a supporting role for all athletic teams. He is a fine addition to the athletic department.