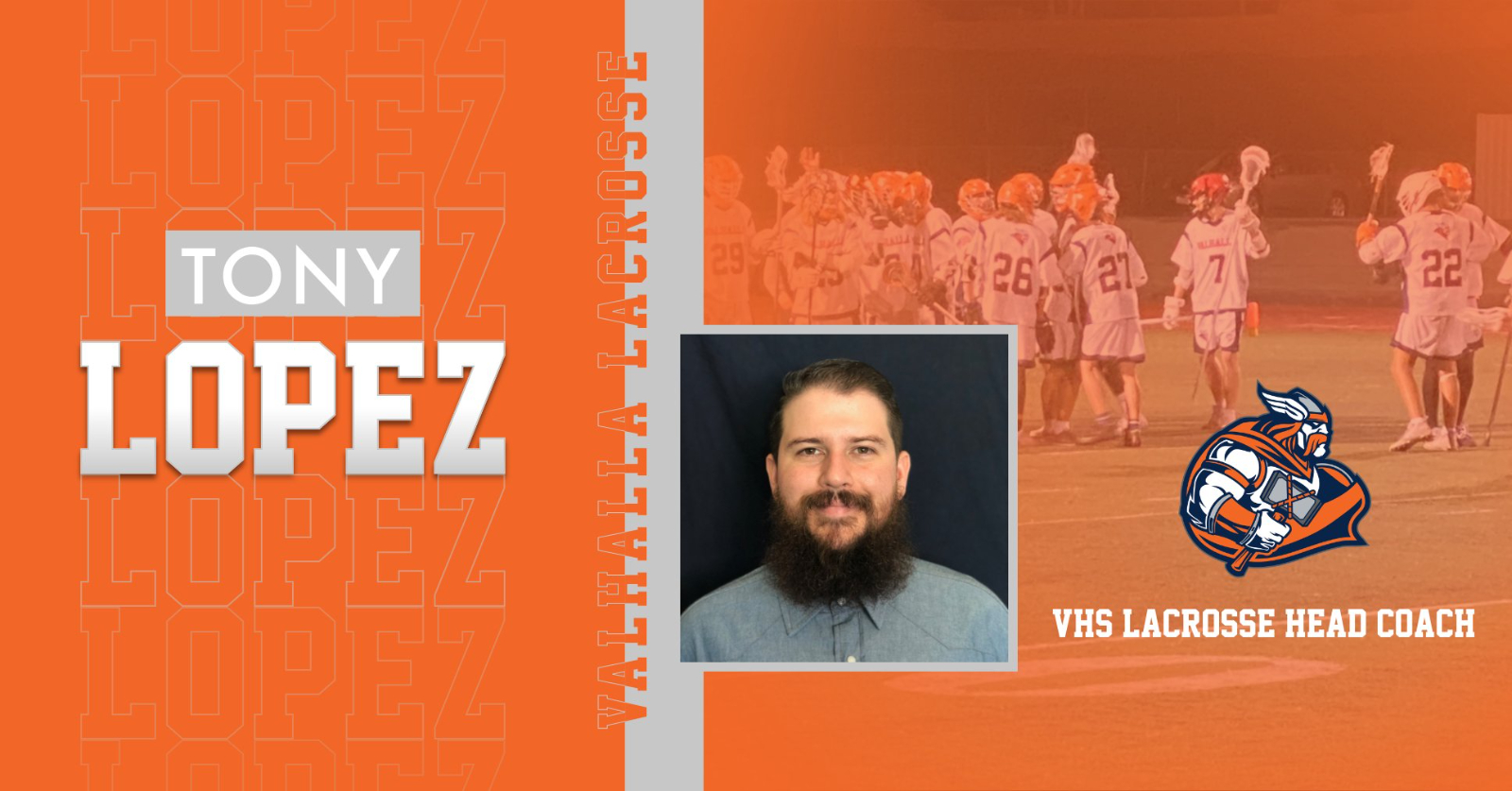 I am pleased to welcome Coach Tony Lopez to the Orange Nation as the Head Coach of the Men’s Lacrosse Program! Coach Lopez started his lacrosse career playing for Monte Vista High School. After graduating, his coaching career began at his alma mater where he progressed from a volunteer, to the Junior Varsity Head Coach in his four years on staff. Tony then put coaching lacrosse on hold to begin his collegiate career as a player at California State University, Fullerton. While at CSUF Tony spent multiple seasons on the nationally ranked team winning multiple championships. Once completing his degree in Business Finance, Tony returned home where he began coaching with the Spring Valley Warriors Youth Lacrosse program. In just two years, he took what started as a D3 team, to the Warriors first ever D1 San Diego Youth Lacrosse Association Championship. Tony returned to coaching high school lacrosse at Foothills Christian High School. He is joined by long time JV Head Coach Stirling Rappold. Stirling graduated from Grossmont H.S. where he was a First Team All League Selection in Lacrosse. Stirling then went on to play D2 lacrosse at Notre Dame de Namur college where he earned a degree in business. He’s coached for Grossmont, Monte Vista, Valhalla, Foothill Christian H.S., and now is excited to return to the Orange Nation.

I am excited about for the future of Valhalla Lacrosse!