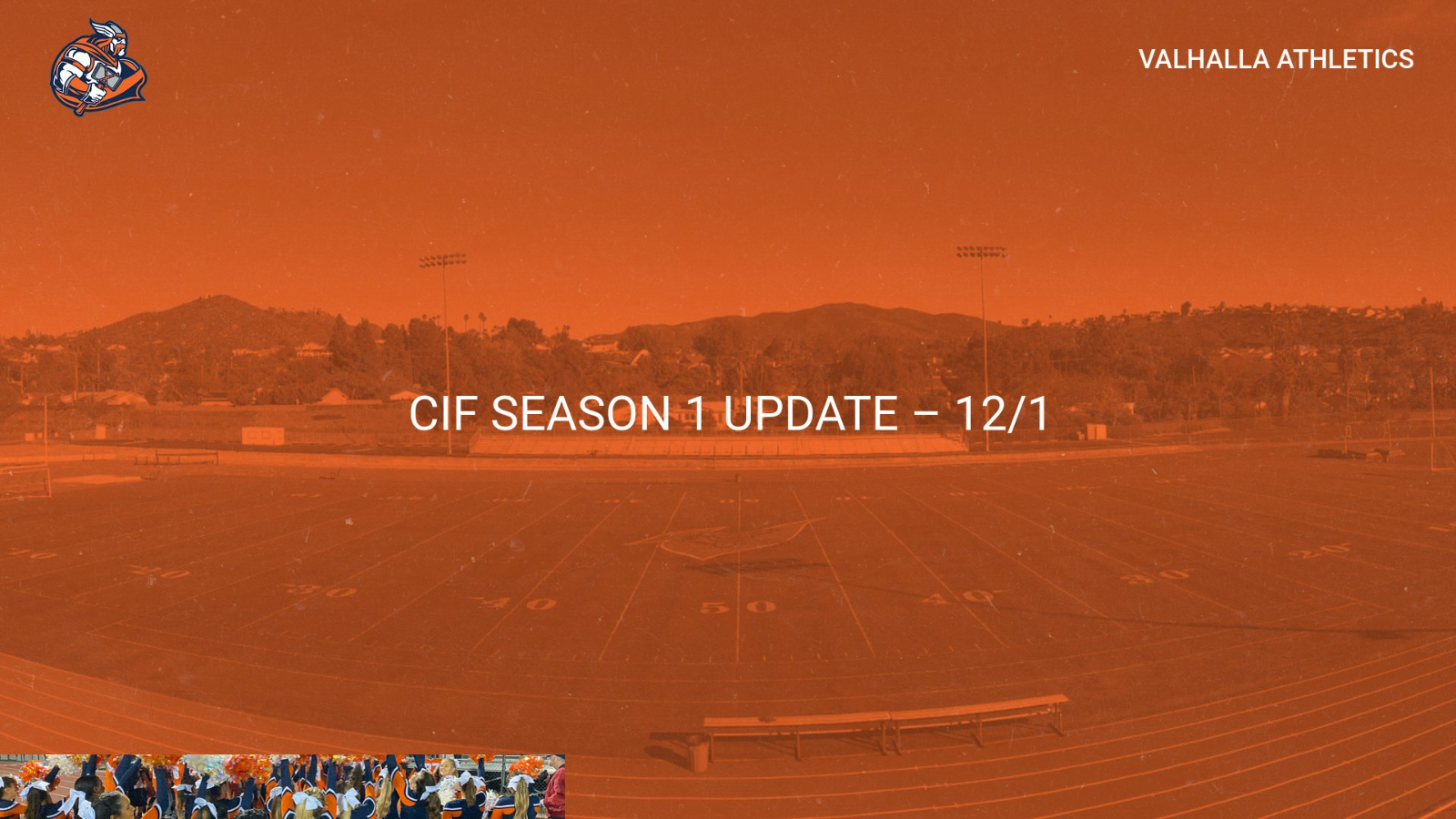 Today the CA Department of Health postponed releasing any guidance for youth sports until 2021. CIF then released a statement which I’ve copied for you below.
In short, we will not be able to officially start season 1 practices on December 12th. The end date for Season 1 remains the same as well as the current start date for Season 2. However, CIF has cancelled all CIF Divisional and State Championships for Season 1 to allow for a longer regular season. Additionally, Boys Volleyball has been moved back to the Spring and will now be a Season 2 sport.
Moving forward, our district will continue to offer our facilities to third party groups allowing programs to operate and train under their club status (third party athletic clubs do not fall under the jurisdiction of the District, VHS, or CIF).
We are now looking at sometime in January as our new “official” Season 1 start date.
Thank you for your patience. One thing is for sure, this will all eventually pass and we will get through it together. I believe when we do return to normal, and we once again are allowed to compete, attend events, and cheer on our teams, we will have an appreciation for athletics more than ever before.
GO NORSEMEN!!
Steve Bulette
VHS – AD
———————————
CIF Press Release 12/1/20

SACRAMENTO, CALIF. — Due to the continued surge in COVID-19 infections, the California Department of Public Health has postponed the issuance of its updated youth sports guidance. The California Interscholastic Federation (CIF) does not expect the CDPH will issue any guidance allowing for schools to return to full practice and competition until after January 1, 2021, at the earliest. Thus, all full practice and competition start dates are officially on hold until updated guidance is issued.

Therefore, to provide the 10 CIF Sections, our 1,605 member schools, and more than 800,000 student-athletes the best opportunity to compete in Season 1 Sports, once allowed by the CDPH and local county offices of public health, the CIF State Office is removing all Regional and State Championship events from the Season 1 Sports calendar. By canceling Regional and State Championship events, more student-athletes will have the opportunity to participate in a longer season, rather than a truncated season with Regional and State post-season play for a limited number of schools.