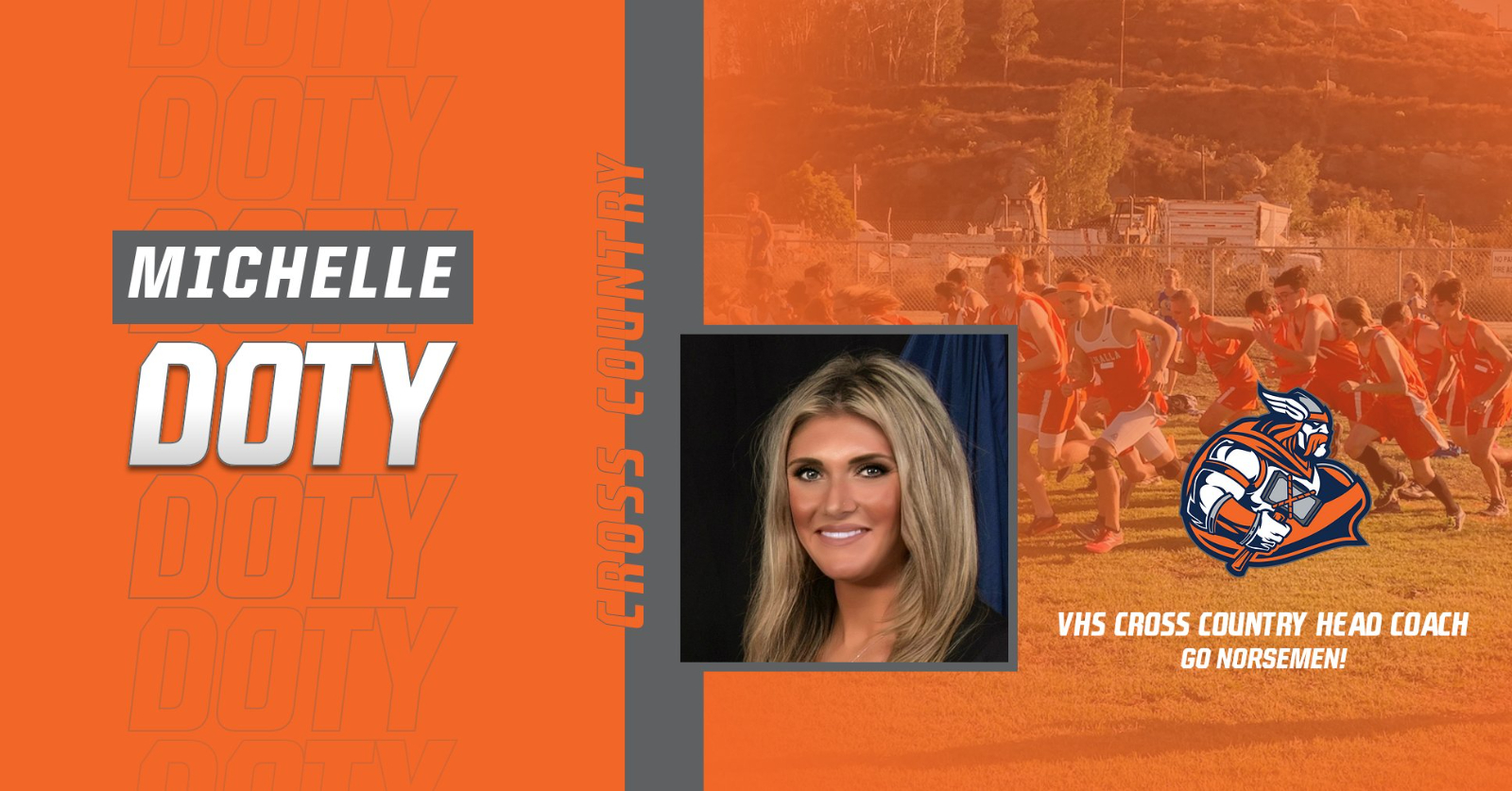 The Orange Nation welcomes Michelle Doty as the Head Coach of the VHS Cross Country program. Coach Doty has coached the past 6 seasons at West Hills High School for the men’s Sprints and Relays program leading multiple athletes to record breaking times, CIF Finals, and being one of the most overall competitive men’s programs in the Grossmont League as well as CIF- SDS. Prior to West Hills, Michelle has coached in CIF’s Southern Section as well as at the NCAA level. As an athlete she qualified and competed in the Inaugural Nike Track and Field Nationals at Hayward Field at the University of Oregon, was a USATF Youth Top Five Nationally Ranked Athlete in the hurdles, high jump, relays, and multi events. She competed the entirety of her collegiate career at the NCAA Division 1 level for University of Hawaii at Manoa and Belmont University in her hometown of Nashville, TN. She received her Master’s Degree in Strategic Organizational Leadership from Point Loma Nazarene University which she has been able to apply in her professional and coaching career. Michelle is also on campus as Valhalla’s new VP and Athletics Secretary and is excited to be apart of the Valhalla family. We are excited for the future of  Cross Country at Valhalla. GO NORSEMEN!