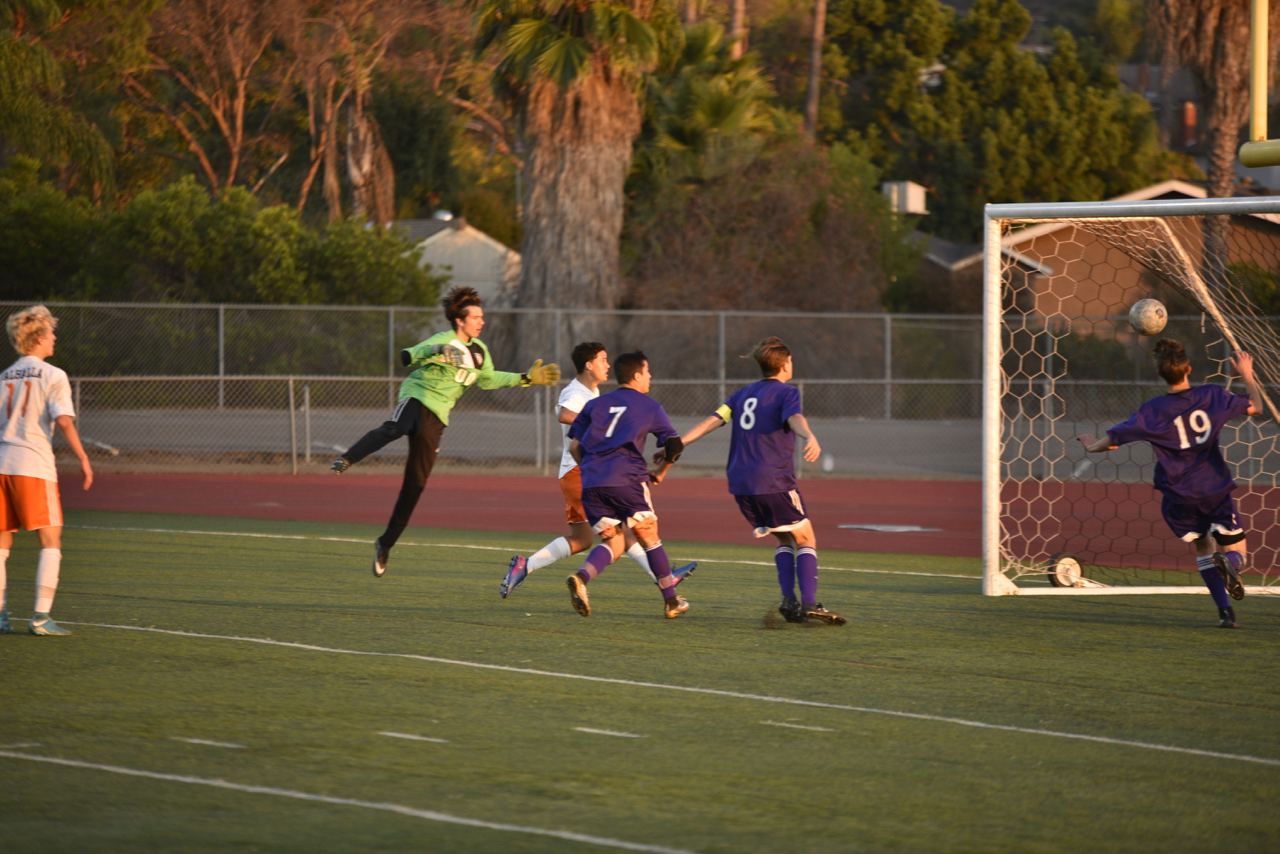 It was very exciting and well played game between Norseman and Sultans. Senior Bryan Madriz shot on goal that was blocked, then pushed through four defenders and made a no look goal to open up the scoring for Norseman. Later in the first half, Bryan scores second goal of the game from an assist by Junior Julius Kattoula. Early in second half, Junior Ethan Molter scored his seventh goal of the season to put the Norseman up 3-0. The Sultans continued to play strong and pressed the defense. Goalie Senior Andras Yackoub made seven saves on the night but unfortunately late in second half the Sultans had a breakaway goal that got through the defense. Norseman head onto the road playing University City on Wednesday and then El Capitan on Thursday.