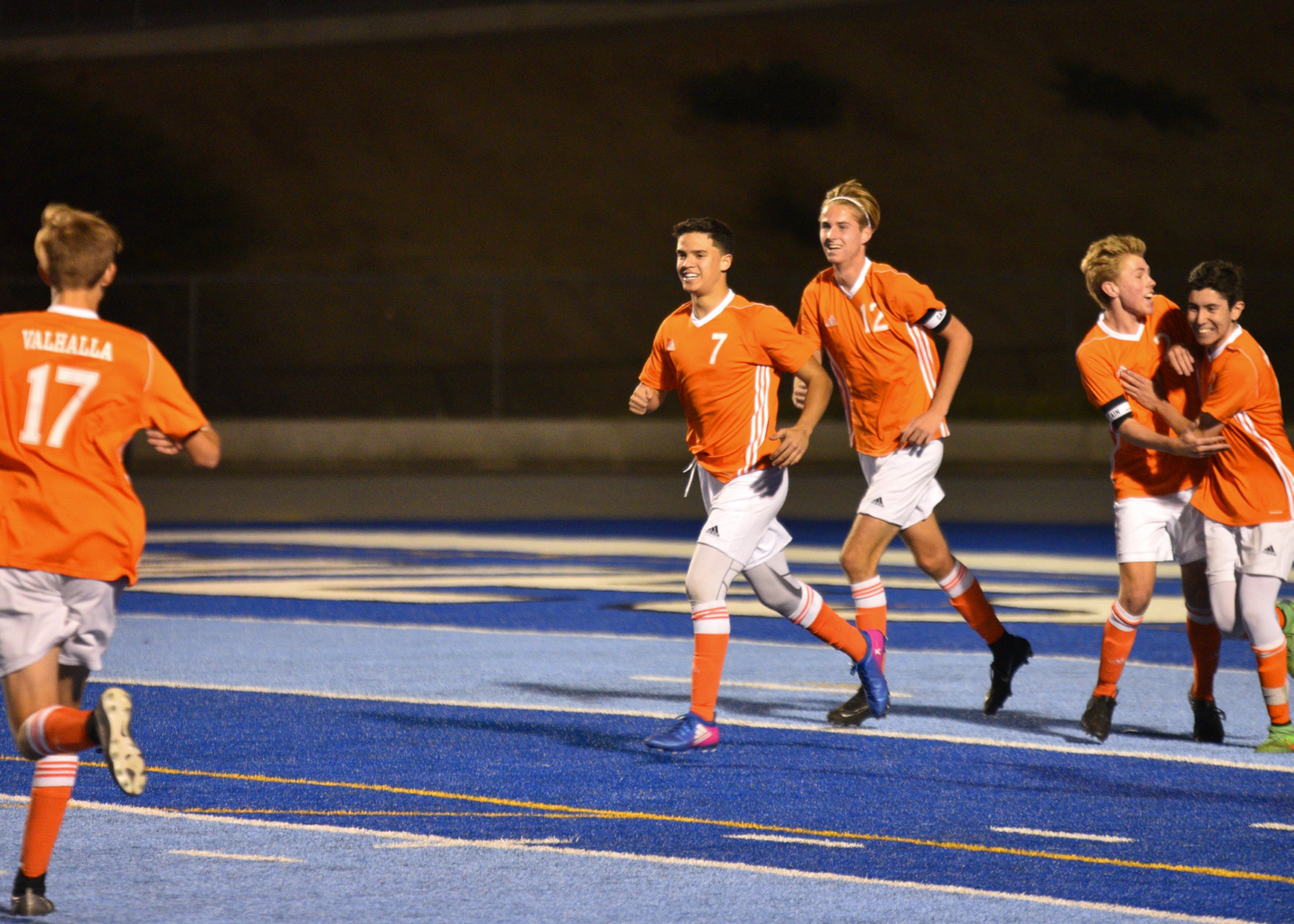 Norseman had to fight their way back to a victory in the second half when were stunned in first half by an early score from the Wolfpack. Norseman continue to improve on possession soccer and had 14 shots. Junior Ethan Molter started the Norseman scoring with the first goal by driving the ball down the middle of the field. The second goal started from a Carter Boucek throw-in, flick of the head by Kyle Gabrielson to Ethan Molter who took the ball deep into the corner post with a hard cross to senior Bryan Madriz for the game winning goal. Next game 4:30pm on Thursday vs Helix at home.